Why Prototyping Is Essential to Digital Transformation Success

Digital transformation has become a catch-all term to describe the changes that businesses of all sizes are going through right now, but many still feel like they don’t know where to start or how to get it right. As more and more companies look to implement some form of digital transformation into their business processes, they’re going to find that it’s not as easy as simply buying new software or bringing in new employees with relevant skill sets, especially when we’re talking about things like the digitization of manufacturing or customer service.

Digital transformation has become one of the most buzzed-about ideas in business today, but not everyone who talks about it understands what it means. The importance of digital transformation isn’t just about using technology to make old products and services more convenient; it’s also about using technology to make your customers’ lives better. A great way to do this is by prototyping new offerings and features before they are released widely. Having prototypes lets, you test how customers will use them before committing to anything that could go wrong in the long run. 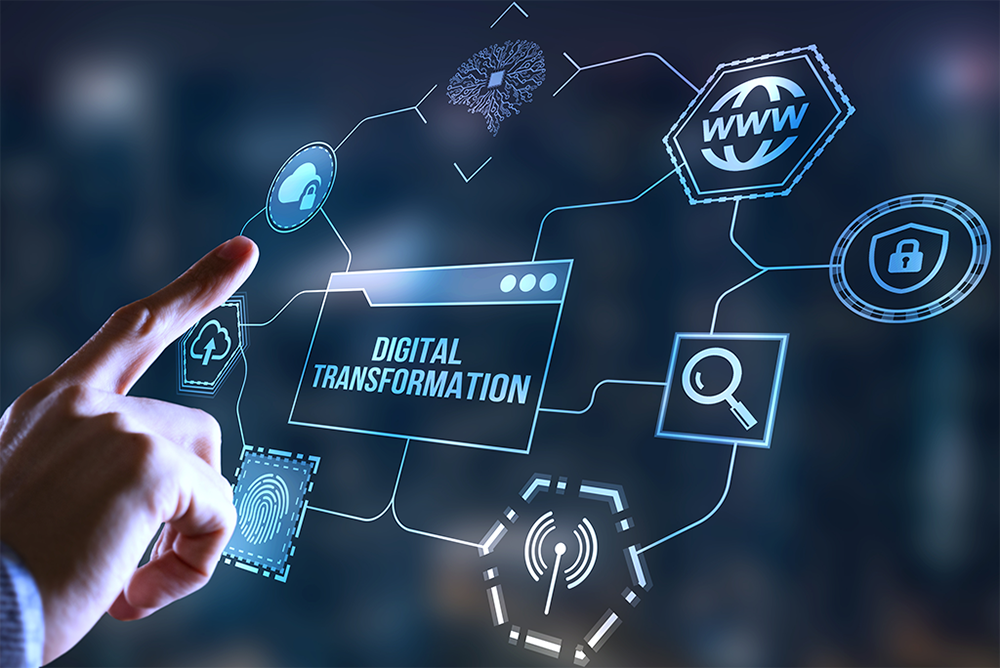 How We Define Prototypes

Although we’re talking about prototypes, it’s important to note that you don’t have to build a working model. You can even use a PowerPoint mockup or paper prototype if that makes sense for your product. While there are plenty of tools out there, consider how simple platforms make it easier than ever for software teams to create pixel-perfect prototypes using easy drag-and-drop interface tools quickly.

These intuitive tools allow developers and business users to work together without getting bogged down by development details. Instead, focus on creating an early version of your vision that captures critical features such as navigation, wayfinding, data entry, flows and overall user experience.

Demonstrate how technology will function before you start building. Prototypes allow users and customers to understand what your product does and whether it will help them be more productive, efficient or enjoyable. Prototypes can help you make changes early in a project when low costs.

The earlier you have a prototype, the more people can provide input on it and therefore into future versions of your product, meaning that your final product will be better received by launch time. The objective of a prototype is to put a concept to the test. A prototype should test these criteria in the same way that a project should start by examining the client’s needs.

One of the most effective ways to get a feel for what your product should do is through user-driven design. By having your users play with early prototypes, you can avoid big problems in development and testing. It’s much easier and cheaper to fix issues during design than in production.

If you build in feedback loops, you can continue making adjustments right up until launch. Remember, the more work users are doing as they use your product and provide feedback along the way, the more likely they will stick around post-launch. In other words, it’s an essential step on your journey toward digital transformation success.

Fully Functional Prototype to Observe How It Reacts

For one thing, building a prototype means asking customers what they want and then actually trying to develop it before investing a ton of money into software development or infrastructure upgrades. Prototyping gives you proof of concept while validating demand at a low cost. But most importantly, since prototypes build on existing services and systems instead of starting from scratch, users will have an easier time using them because there’s less friction between their old ways and your new ideas.

The ability to leverage existing technology, content, and expertise lowers barriers, making digital transformations more achievable. However, just as significant is knowing when not to prototype—when developing a specific solution requires too much up-front investment or requires creating something unique that has never been done before. In these cases, moving forward without prototyping can be better than spending time and resources getting nowhere fast. When appropriate, executives should plan for up-front investment in custom solutions after making sure they’ve explored all other options available through rapid prototyping.

A prototype can also help you address potential issues with a project. Say you have an idea for a new product that doesn’t quite work out as intended. Prototyping can give you a chance to get feedback from users and identify problems in your design before investing too much time or money into development. If significant modifications are required, your prototype could save you time, resources and money down the line. It all depends on how serious these roadblocks are; if changes need to be made, move forward.

It could just be a sign of prototype-itis, meaning you should scrap your idea and move on to something better. Either way, receiving meaningful criticism at an early stage of creation is priceless. It’s easy to assume everyone sees value in what we build but prototypes allow us to see our products through their eyes. And though it may not sound enticing at first, hearing honest critiques about products we create makes us better creators moving forward.

Prototyping can significantly impact both in your company, but it may take some time before you see results. Take an iterative approach, testing out new features and functionality with employees and customers, so you can find what works long before you implement large-scale changes across your organization. You’ll need support from all levels of management and every department involved; if they don’t understand why prototypes are essential and rarely do at first, make sure they’re educated and understand that prototypes aren’t meant to be perfect, just a stepping stone for improvement.

Also, make sure everyone understands that enhancements are coming soon; use good judgment when making those updates, as you don’t want them bogging down basic operations or causing other issues. Making minor tweaks one at a time will let you collect more data about how people interact with your program overall, which means more successful prototypes in the future. Contact us for more info.